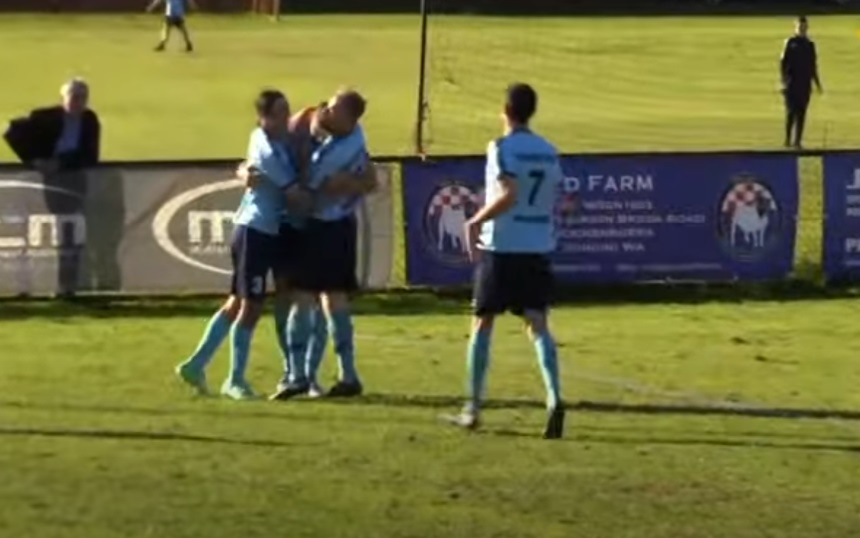 Sorrento FC maintained their 3rd place position with a hard-fought 1-1 draw on a difficult surface at Gwelup’s Croatian Sporting Complex.

Sorrento started strongly and took the lead on 6 minutes. A forward pass by Tim Hill was struck powerfully by Chris Jackson and the Gwelup keeper could only parry it out to Billy Quinncroft who gratefully smashed the ball in from 3 yards.

The Gulls held the lead until half-time but conceded a penalty early on in the 2nd half when Alex Morgan impeded Sam Mitchinson. Gustavo Marulanda converted the spot-kick to make it 1-1.

The Gulls had a few chances to win the game but it remained 1-1 at the final whistle.

Best wishes to striker Billy Quinncroft who was substituted in the first half with what looked like a bad ankle injury. We wish him all the best for a quick recovery.

If the covid lockdown is not extended, the Gulls will face Armadale at Percy Doyle Reserve in  Round 14.

Players wanted for our Masters (over 35) team for 2020 Season